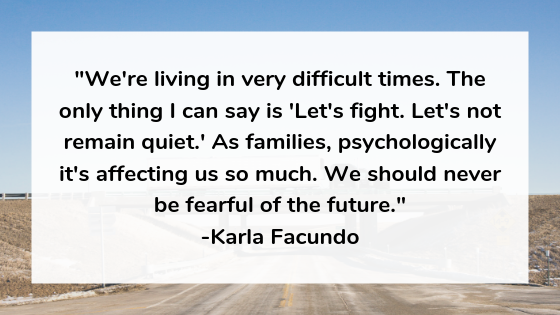 More than 60 East Palo Alto residents voted on Saturday to form a tenants union to combat rising housing costs that they say are harming the city's long-term residents.

The action was brought about by multiple nonprofit organizations that advocate for renters, immigrants and seniors, which convened the meeting at Willow Oaks Elementary School in Menlo Park. The union, the first such entity in the 36-year-old city, will be led by residents.

The group aims to gain influence and to oppose developers and landlords seeking to redevelop large portions of the city, which until recently has been one of the least expensive areas to live in the nine-county Bay Area.

The city has at least 27 large commercial and mixed-use developments in the pipeline, which could increase demand for market-rate housing in East Palo Alto by employees working in those buildings.

Projects to provide more market-rate housing are already in the works. The city's largest landlord of low-income housing, Sand Hill Property Company, proposed in December to demolish 160 rental units and to replace them with 605 apartments, 445 of which would be rented at market rate and 160 that would be below-market rate.

The company said that tenants currently protected under the city's rent-stabilization ordinance would have first right for return to the new apartments, but residents have expressed concern about whether their units would be protected under state law and where they would live during construction.

"We are here with one common interest: We wonder about redevelopment and what that will do to my home," said Francisca Guzman, an 11-year resident of the Woodland Park Communities and a member of the city's rent-stabilization board.

Karla Facundo, an East O'Keefe Street resident, said she has seen her rent rise dramatically — to $2,248 a month — and struggles to make ends meet. Her landlord recently started charging her for utilities in addition to rent.

"It is so much money. They are raising my rent by $100 a month. Garbage, sewer and water are now being added to my rent," she said.

Longtime residents who lived in the city when "nobody wanted to live here" should not be pushed out of the community, she said.

"I don't know. We're living in very difficult times. The only thing I can say is 'Let's fight. Let's not remain quiet.' As families, psychologically it's affecting us so much. We should never be fearful of the future," she said.

Tenants unions have been successful in places such as Los Angeles, where government leaders decided to enact "rent pauses," to prevent rent increases for a period of time in vulnerable communities. The San Francisco Tenants Union, which formed in the 1970s, pushed to pass rent control and a proposition that gives every tenant facing an eviction a right to an attorney, said Ofelia Bello, executive director of Youth United for Community Action.

Even in a city like East Palo Alto, whose elected representatives lean toward the progressive side, a tenants' union is the only way to have a flexible and responsive voice to the changes, some residents said at Saturday's meeting.

East Palo Alto is also approving the development of new, affordable housing. The city gave the green light to a proposal in January for 128 new affordable units at Light Tree Apartments at 1805 E. Bayshore Road, 14 of which will be set aside for formerly homeless people, the disabled and/or transitional-age youth. The city also plans to build 120 affordable units at 965 Weeks St. on city-owned land.

The number of units, however, is small compared to the estimated thousands of new workers who theoretically could populate the city as the new office developments come to fruition.

The union plans to have four working groups: governance and leadership structure; membership; programs and activities; and members' urgent needs. A larger meeting will be scheduled in the future after the organizational committees' initial meetings, organizers said.