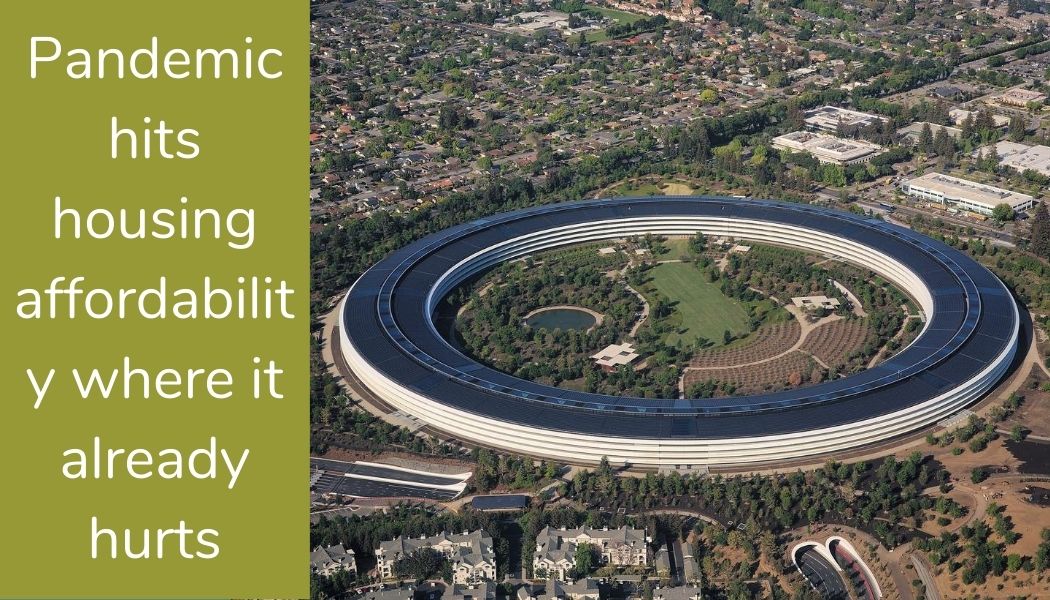 Bay Area cities among the most gentrified in the country, according to national study

Parts of the Bay Area, particularly San Francisco and Oakland, have been subject to some of the highest rates of gentrification in the nation, according to a new study by the National Community Community Reinvestment Coalition. The COVID-19 pandemic, which has put many people out of jobs and made it difficult to pay rent, has exacerbated housing inequality in an area where high-wage tech workers (and their accompanying more expensive housing) have already been pushing out lower-income families.

Facing criticism for their contributions to gentrification, tech companies have made public investments in their surrounding communities to try and mitigate the impact of rising housing prices. In June and Oct. 2019, Google and Facebook both committed $1 billion towards affordable housing projects in Silicon Valley. A month later, Apple pledged $2.5 billion to combat the housing crisis.

However, some are skeptical of the tech companies’ seemingly grand gestures — “a billion dollars sounds like a lot of money,” said Michael Kahan, program co-director of Urban Studies and senior lecturer in sociology. “But it really doesn’t really go very far in the context of the Bay Area and the housing market here, as land is so expensive.”

One of Kahan’s former students, Urban Studies major Matthew Jumamoy ’23, added that with regards to new affordable housing, “[cities] are often avoiding a lot of these higher-income locations. I don’t know if that says something about any of these tech companies, but they’re not usually in the places that they are.”

Community activist organizations like Stanford Coalition for Planning an Equitable 2035 (SCoPE 2035), Faith in Action and Community Legal Services in East Palo Alto have all been lobbying for housing justice at and around Stanford University.

“It’s not an entirely passive process where this is just happening to people and happening to communities,” Kahan said. “I’ve definitely seen communities organizing and working to try to stop some of the negative impacts of this severe rise in housing prices.”

For instance, the City of Mountain View passed the Community Stabilization and Fair Rent Act, a form of rent control, in 2016 after a coalition of tenants and other residents put the act on the ballot. Furthermore, Assembly Bill 1482, signed by Governor Gavin Newsom, came into statewide effect on January 1 of 2020 and capped annual rent increases at 5% (adjusted for inflation).

Although rent control is “a blunt instrument that has other consequences,” Kahan thinks it was a step in the right direction when it comes to protecting people from displacement and trying to create a community that’s accessible to people at different levels of income.

For alternative solutions, urban planners can also look to communities such as Fruitvale in Oakland, which has been praised as a model of “development without gentrification,” according to the Mercury News. Fruitvale became one of the first “transit-oriented villages” in the nation with rapid development following the opening of its BART station in 1972. Today, Fruitvale is a vibrant community with a majority-Hispanic population, and it has many shops, community service organizations and a weekly farmer’s market.

International Boulevard, a central part of Fruitvale’s identity, has undergone several changes as “a kind of rebranding measure for this part of the city,” Jumamoy added. “[It’s] really interesting to think about how Oakland is developing with these types of changes, especially symbolically in that case.”

Kahan isn’t optimistic about the effectiveness of status quo solutions, though, adding that “the best we can hope for is that [companies] offset their own impact, which would be nice. But really, we need robust government action to address this problem. It’s really not going to come from some kind of voluntary private sector action.”