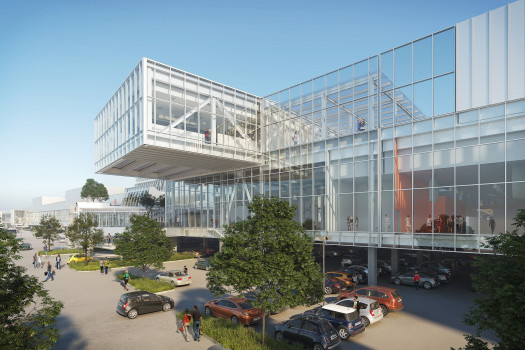 The new manager of a Facebook funding account for affordable housing intends to take the $18.5 million already stashed aside and quadruple it.

Local Initiatives Support Corp., a national nonprofit, says it plans to leverage the money in Facebook’s Catalyst Housing Fund through loans issued to other banking institutions at interest.

The East Palo Alto City Council on Monday tapped Local Initiatives to administer the fund, created from a November 2016 agreement the city executed between Facebook and community organizations. The fund’s purpose is to build hundreds of affordable housing units in Menlo Park and East Palo Alto.

Local Initiatives CEO Maurice Jones said in an interview last week that the $75 million the agency hopes to leverage would finance construction of more than 500 housing units over the agreement’s five-year term, which could be extended.

“Nobody is coming in and saying there’s a cap on what we want to do,” Jones said. “We’re confident we can get this done, meet these objectives of building over 500 units. … If we can get more done, I don’t imagine anybody would put the brakes on.”

So far, $10 million of the fund has been earmarked for projects in East Palo Alto that must be approved by the City Council.

Like the Palo Alto Daily News Facebook page for neighborhood news and conversation from Palo Alto, Menlo Park, Atherton, Redwood City and beyond.

In addition, $4 million earmarked for the community groups and $4.5 million to offset Facebook’s plan to build at higher density at the Menlo Science & Technology Park site approved in Menlo Park’s recent General Plan update will go toward projects within a 15-mile radius of its headquarters.

Between tentative plans for the Menlo Science & Technology Park site and the approved TE Connectivity campus under construction, Facebook plans to add roughly 2.7 million square feet of offices for about 13,000 new employees, and 1,500 housing units.

“We know that this is not going to solve the housing crisis, we know it’s going to take a lot of different tools,” Hankins said.

Kevin Zwick, CEO for Housing Trust Silicon Valley, which is partnering with Local Initiatives in managing the fund, said the Bay Area needs at least $1 billion in philanthropic support from tech firms and foundations to solve the housing/jobs gap.

“I believe this fund is going to be a catalyst for future funds around it … if we can show this has impact to East Palo Alto and surrounding communities,” said Zwick, whose firm is running a separate affordable housing initiative that has raised $20 million in the past four months and is shooting for $50 million by next March. “I think groups that have never been involved are getting involved. There’s a pattern here.”

While specifics such as where housing will go and what developments should look like still need to be hashed out in community meetings that haven’t yet been scheduled, the housing units — primarily rentals — are to be built at the extremely low (30 percent of area media income or less than $39,500 for a family of four); very low (50 percent, or less than $65,800); and low (70 percent, or $105,350) income levels.

Jones said one goal is to spread the affordable units around the area and not concentrate them in one particular area.

“I definitely understand the perspective of, let’s not concentrate all the affordable housing in one area,” Jones said. “This will be construction on multiple sites, that would be my anticipation.”

Jones said his institution, which was founded in 1980, has over the past 36 years leveraged $742 million in regional dollars into $3.42 billion toward building or preserving more than 18,000 affordable units. Nationwide, the figure is higher than $13 billion, according to a Facebook announcement.

“We are thrilled,” said Evelyn Stivers, executive director for Housing Leadership Council, a watchdog agency. “This is a great organization and I know they will keep community interest as the top priority.”

Bennett said Local Initiatives was chosen among a handful of applicants because it is interested in not only bringing in affordable homes, but community resources such as job centers and other services.

“If there’s after-school stuff you can put into the building, rent services with care contacts, that doesn’t just happen in affordable housing units; other communities have these types of services,” she said.

“At Facebook, we hear our neighbors when they say they worry about staying in their homes because of rising property values,” Facebook COO Sheryl Sandberg wrote on her Facebook page Tuesday. “We hear the people who have to commute for hours every day because they can’t afford a place nearby to call home. We hear them — and we’re taking action.”

Bennett noted Facebook had to be persuaded to contribute money for the housing fund.

She said talks since negotiations have gone well, with local groups feeling they have equal say in decisions.

“When they came to the table, they were very upfront about, ‘We are not the experts here,’ and we said, ‘We know, we are,’ ” she said.